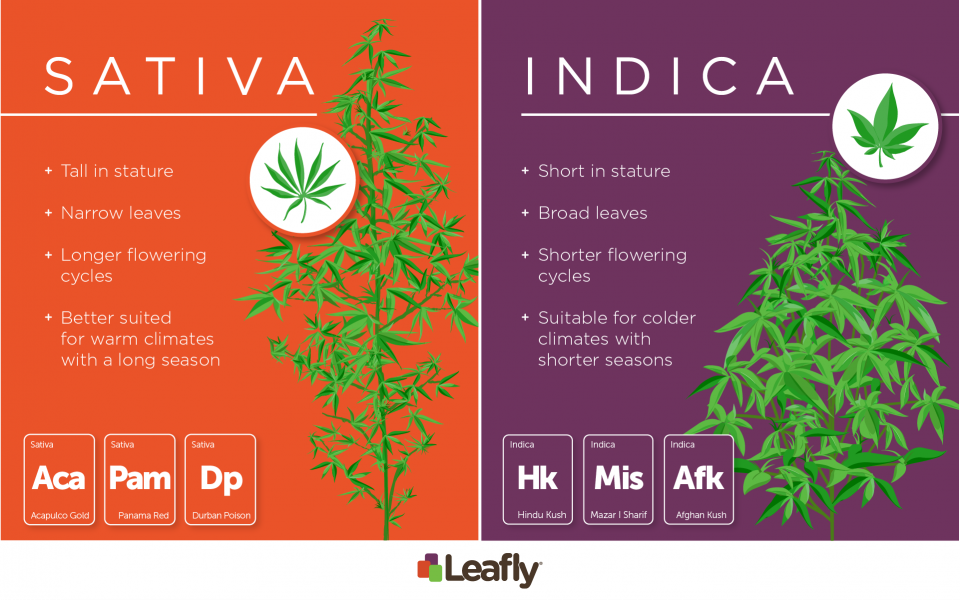 What is Indica VS Sativa?

When cannabis consumers choose a cultivar of marijuana they are often looking for one which provides a specific set of effects.

Many are looking for something energizing or relaxing. For years, people have attributed these effects to one of 2 categories, Indica or Sativa.

Users of cannabis have believed for decades that these different subspecies of weed lend themselves to a specific set of effects.

However, As the science of cannabis evolves, we are starting to learn that the effects of marijuana may be more influenced by the terpenes and cannabinoid content rather than Sativa vs Indica.

In this article, we will cover everything in regards to Indica’s, Sativa’s and Hybrids!

Origins of Indica and Sativa

Indica and Sativa are words that were first introduced in the 18th century to describe the different species of cannabis plants.

These plants were classified as Cannabis Indica and Cannabis Sativa.

The word Cannabis sativa was used about the hemp plants grown in Europe and Asia.

Cannabis Indica was the term used to describe a cultivar of marijuana grown in India that got consumers “high”.

As time marched on the terms Indica and Sativa have had less significance amongst breeders, scientists and sommeliers.

The correct term to describe the different plant types is Broadleaf Drug Type for Indica and Narrowleaf Drug Type (NLD) for Sativa. 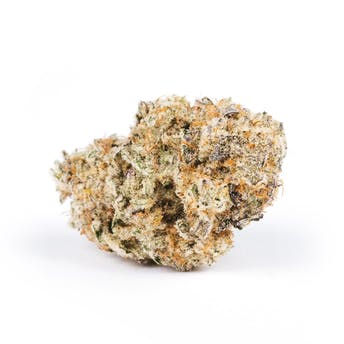 What is an Indica or Broadleaf Drug Type?

Indica, properly termed Broad Leaf Drug Type is a subspecies of the cannabis plant originating from India, Afghanistan and Pakistan.

There it miraculously flourished under extreme weather conditions including very hot summers and frigidly cold winters. This makes it great for growing in Canada.

Indica cannabis plants are notorious for being both remarkably short and quite bushy with broad leaves.

The trichome production is so rich that In India and Pakistan, where the plant originates, Indicas are harvested primarily for their resin, which the locals call charas,  a form of potent hash. 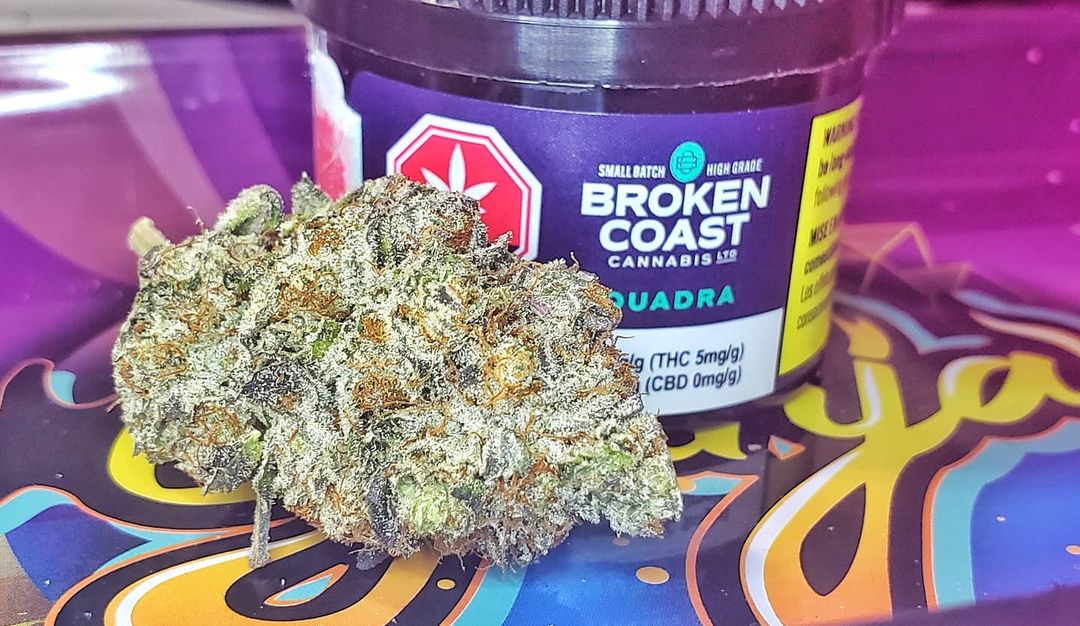 The Effects of Indica Cannabis

As mentioned in the paragraph above, science and studies are starting to uncover what breeders and sommeliers have believed all along.

That the effects a particular cultivar provide is more closely related to the cannabinoid and terpene content, rather than Indica VS Sativa, which refers more to growing classification.

However, for years many users have reported that the effects of landrace Indicas are often a sedating “body high” which most people associate with the use of marijuana.

Broadleaf drug type cannabis can have you feeling relaxed and sleepy while providing you with a nice boost of appetite.

The potential medical benefits of broadleaf drug types of cannabis, in particular, are astonishing.

Indica’s have been reported to have an amazing effect in regards to pain relief, help sleeping, appetite stimulation, anti-anxiety,  battling depression and much more.

What are some of your favourite broadleaf drug type cultivars of weed? Let us know in the comments! 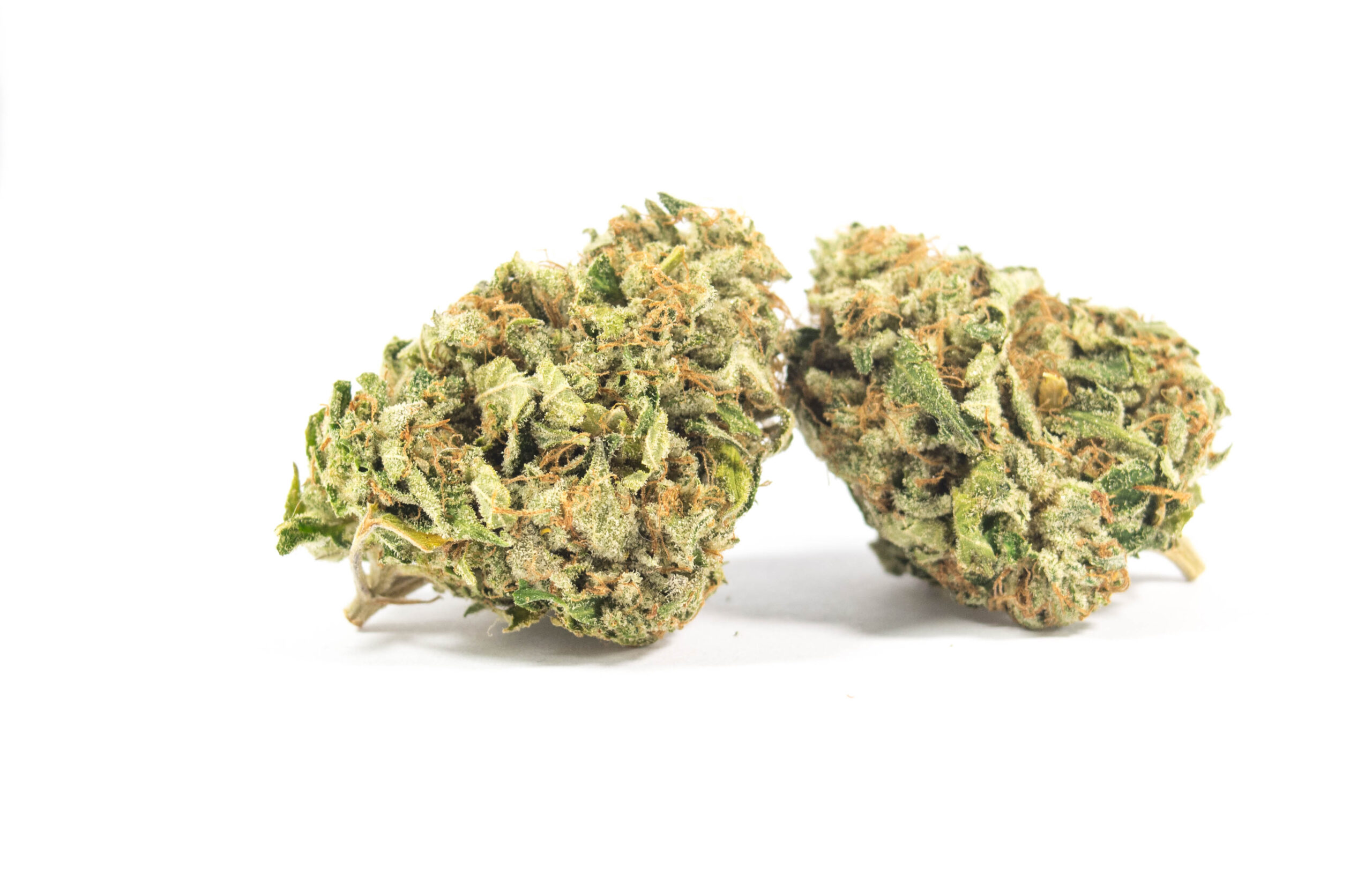 What is a Sativa or Narrowleaf Drug Type weed?

Sativa, correctly termed Narrow Leaf Drug Type (NLD),  is a subspecies of the cannabis plant that originates in Asia.

They flourished in hotter climates, with longer daylight and flowering times, making it more challenging to grow.

Sativa or Narrow Leaf Drug Type plants are best known for being quite tall and a lot less bushy than their indica counterpart.

Sativa cultivars of cannabis often have a longer, looser bud structure than indicas, which are lighter green, and usually have significant red or orange hairs. 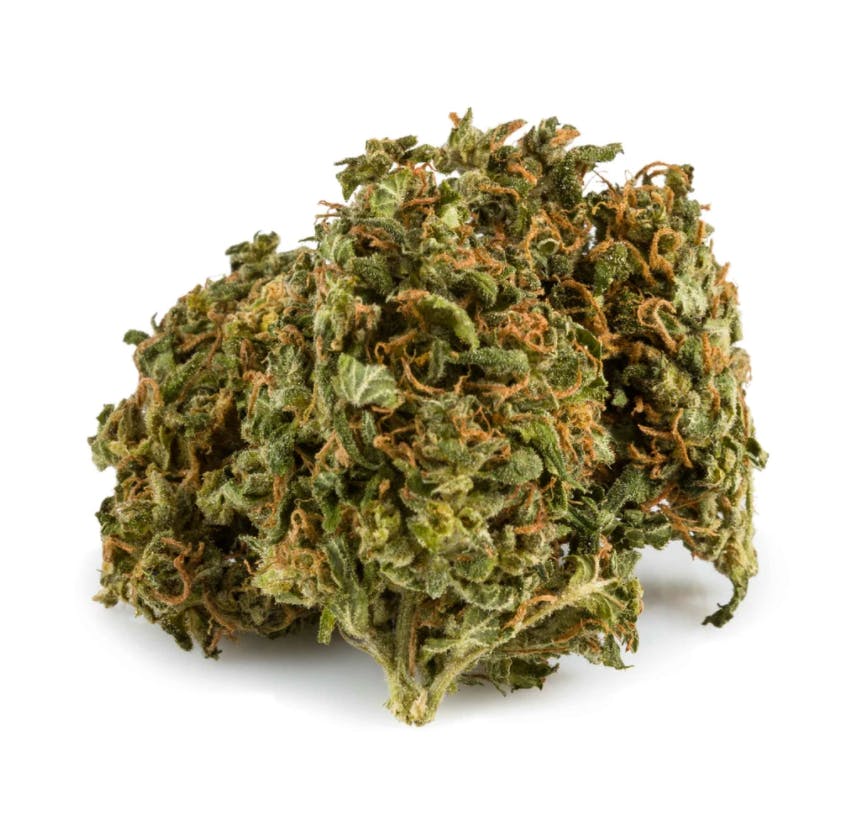 The Effects of Sativa Cannabis

Sativa cannabis cultivars have a wider variety of fruity flavours and aromas than those found in Indica strains.

The effects of landrace sativa flowers are often described as an energizing “Head high” which a lot of people are unaware cannabis can provide.

Sativa marijuana can have you inspired, provide you with a boost of energy, and spark your creativity.

Sativa cannabis also has been reported to have a plethora of medical benefits including the ability to combat chronic fatigue.

What are some of your favourite Sativa strains? Let us know in the comments! 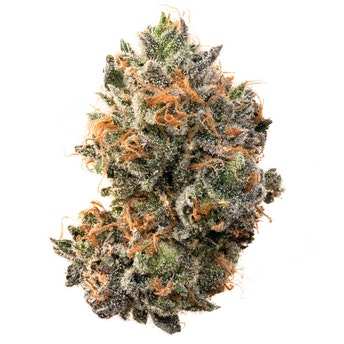 What is Hybrid Cannabis?

Hybrid cannabis is cross-bred between Indica and Sativa offering consumers the best of both worlds.

Almost all of the marijuana available on the market today is a hybrid.

Hybrid cultivars of marijuana can be Sativa dominant, Indica dominant, or a near-perfect blend of Both Sativa and Indica.

Due to decades of cross-breeding and the popularity of hybrid cultivars, pure Indica and pure Sativa strains are becoming harder to find.

The bulk majority of commercial cannabis that is marketed as Sativa or Indica is truly hybrid cultivars of marijuana that contain genetics from both species. 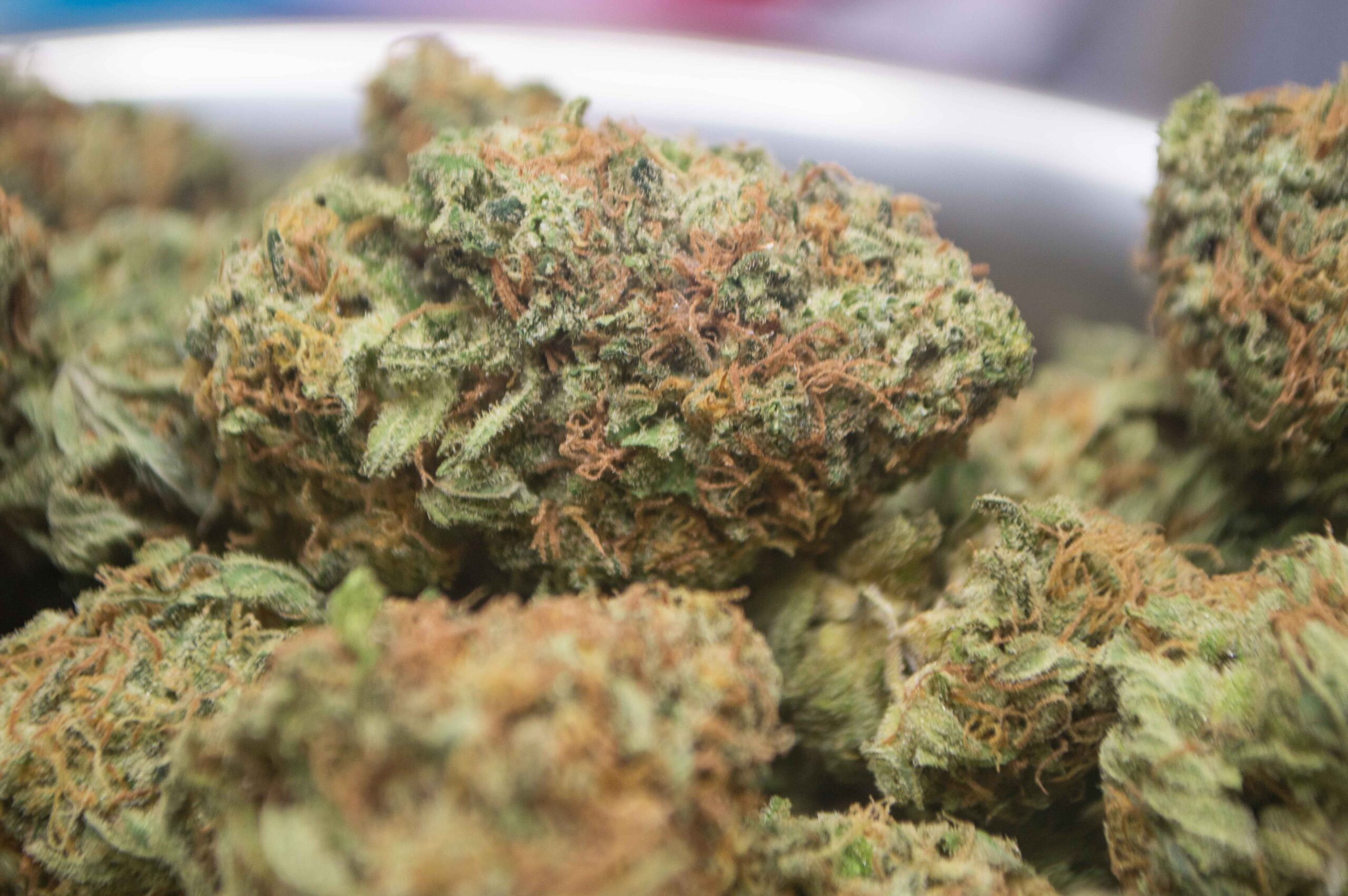 Hybrid marijuana cultivars are bred to offer marijuana consumers the best of both worlds in terms of effects.

Cannabis users have reported a wide variety of effects from hybrid cannabis including sleepiness, energy, inspiration, hungry, euphoria, and more.

Hybrid cultivars are among the most popular varieties of marijuana available on the recreational market today. 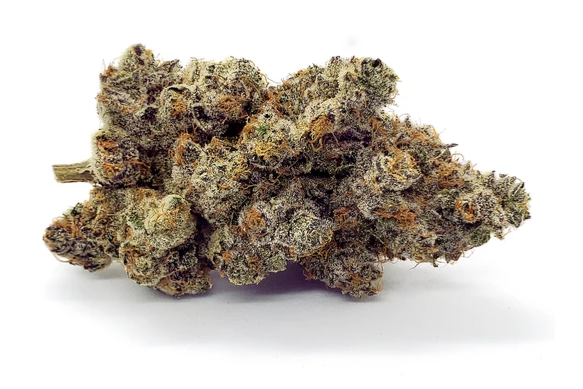 Is Sativa VS Indica A Myth?

We already know that the terms Indica and Sativa are not correct in this application.

Most people refer to indica as being sedative, providing users with a body high that may make them feel sluggish, hence the term “Inda-couch”.

The same people believe that all Sativa cultivars are energizing.

Science is starting to uncover that the effects felt from cannabis are related to the cannabinoid and terpene content.

There are a few things we hope you have learned about cannabis from this article.

We hope now you understand that Sativa and Indica have more to do with growth than effect.

Lastly, we hope next time you are looking for cannabis pay more attention to terpenes and cannabis content.